Most people thrive on routine, children for sure. Most of us like the predictability of how our work days should go or even how our mornings are planned. I know, not all people can handle routine 24-7.

Routine is good, but routine is difficult to build and takes time and thought. Routine is sometimes purposeful until that routine is habit.

Spending time daily outside with your children, we hope is part of your routine. With classes of preschool students or rooms of infants and toddlers in your care, the plan to spend time outside is intentional on your part.

The benefits gained by spending time outside you know are tremendous for all – physical fitness and health, learning abilities to problem solve, having the ability focus, open-ended creative play, and for some of us being outside is a time to slow down.

A routine of spending time outside daily (especially ‘un-plugged’ time) can help us sort through the priorities of life and gain that delicate work and life balance.

Personally, I’ve done a terrible job of having balance. Some say I have too many ‘irons in the fire’ and others say that I don’t know the meaning of ‘no.’ Whatever the case, I had taken on too many ‘yes’ projects and not all of them thrived over the last several months. Have you ever felt that way? 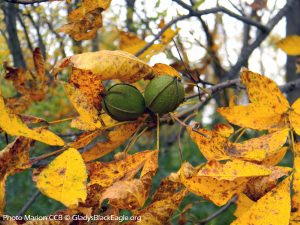 I have let go of a few of my responsibilities in an effort to find balance, but also to help me have time to complete the remaining work tasks to 100% of my ability, and have time to spend in nature every day!

The Facebook page We Are Wildness inspired me to try to ‘rewild’ my world… and I’m going to start small and local by exploring one new natural area each week. We live on an acreage, so I get plenty of green time and I can choose to leave my electronic devices in the house, but I need to go exploring.

Adapt this winter and snow-focused activities for your setting. These activities will help you get "Vitamin N" in your schedule. Check out this activity!

Bundle up and go explore the snow! Give children the opportunity to touch, explore and build things with snow. Make snow sculptures with snow, twigs, and leaves. Too cold to go outside? Bring the snow INSIDE! Use large tubs, totes or bowls and bring snow inside to play with and explore. Provide cups, spoons and other tools for exploration. Make mini snowmen or snow sculptures, provide nature objects to decorate your snowmen. Here is a fun link to snow songs: http://www.preschooleducation.com/swinter.shtml