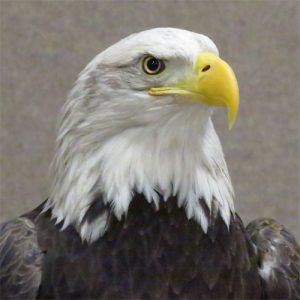 The animal symbol is one of the most prevalent images in myths, traditions, and religious cultures worldwide. Many cultures through the ages have regarded specific animals as representing power, the supernatural, and a way to express ideas and feelings.

Most countries also have wildlife incorporated as their national symbol. For example, the bald eagle is used to represent the United States, chosen in 1782 as an emblem to convey freedom and strength. Every state in the U.S. has official symbols that usually include several wild animals, such as the state mammal, fish, and bird. States choose these symbols for different reasons. Some are important to the state’s history or economy, or only occur in that state. Wildlife symbols are also used for sports teams, products, and more. In each example, the animal is representing a specific characteristic that needs to be communicated.

When the children return home that evening, challenge them to look for wildlife symbols at home, at the store, or in the neighborhood. The next day, have them share what they found and where they found them.

Show children an enlarged picture of a bear or rabbit. Have children think of words they would use to describe that animal. Explain that people sometimes use wildlife as symbols to show certain traits. The traits could be real (such as long claws) or that people imagine (such as an animal being playful).

Make up animal cards. Give pairs of children one of the animal cards. Have them think of words to describe that animal. Make a class list with the animals and words for describing them. Go through the list and put a square next to words that the children think are real traits of the animal, and a star next to any that we only imagine they have.

Assign a wildlife symbol to represent the class. Discuss traits that are important for the class. Have children vote on their favorite symbol!

Explore the wildlife symbols for your state. What are the plant symbols? Go for a walk to look for your state symbols. These could be the actual plants and animals or pictures on flags, signs or buildings. What did you find? What did they represent?

Go on an animal trait trek! Search for animals in your neighborhood or schoolyard (like ants, squirrels, or birds). Watch each animal and list its traits. What could each symbolize?

For this and other activities, crafts and snack ideas use Growing Up WILD’s ‘Wildlife as Symbols’ acitivity.